As bad as this is a local court has accepted an application to allow Plaintiffs’ action against attorneys in this matter and no doubt we’ll be busy. Still I’d like to share a little something on how some groups go about not allowing others in their group or organization and the like. To be simple an average citizen of this country I find these actions to be extreme. Have you ever heard of being black balled or some similar act which works to prevent someone from becoming a member or part of something? I’ve heard the expression ” it should have caused a red flag”. The meaning implies that something isn’t right. The flagging is supposed to warn of something not quite right at least that was my understanding till this. 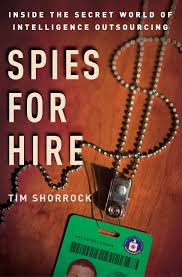 An application for a grant to return to school my goal being a degree in law. I found my application was rejected. My thoughts the reason being this lawsuit. I didn’t understand the degree of actions to my application being denied. The documents state an inability to confirm United States citizenship. At the bottom it states the areas of my life which somehow were flagged by some interested party with what ever it took to do it.

I over heard two persons speak of law and government computers which are used for tracking criminal records. The discussions being about a DUI charge. One gentlemen stated he was an ex military person and his job was working with such computers for our government. I asked him if he knew what being flagged meant. Guess he didn’t hear. So I asked again. My bad he must be deaf. After a while things got quite. Well I wasn’t going to ask again that is till he looked at me and said how you doing? OK, I felt he was uneasy so I change my approach to say I had a friend who had a copy of a paper saying he was flagged.

I found out that this type of thing is use to hide the identity of our secret agents. Rather than gloves to carry out missions they simply don’t exist. Oh no I said this guy ain’t no secret agent. So what does that mean? His reply was dead man walking. I really would like to believe that there is another reason. It appears that the entire matter of this lawsuit was settled in such a way that we all truly felt. Yes, we also thought we would die. The anxiety unbearable the thought of passing away before stopping this type of abuse has been difficult. Portions of our awards could provide for better medical treatments. There is the issue of our home not to mention a restoration of our very dignity. The only record not flagged was when I signed up for the draft on the morning of my eighteenth birthday. NO MORE.

THE SYSTEM IS A GAME PUT THE TITTY GAMES OF GOVERNMENT HORSE SHIT AGAINST THE FACTS HERE. THE U.S. GOVERNMENT HELL BENT AGAINST ITS OWN CITIZENS ON ONE HAND VIOLATES AND REMOVES HISTORICAL IDENTITY OF ITS CITIZEN FOR TO EXTORT THEN DEMANDS PROOF OF CITIZENSHIP. DON’T PLAY THEIR GAME. AS AN AMERICAN I CAN ONLY SAY GO FUCK YOURSELF.